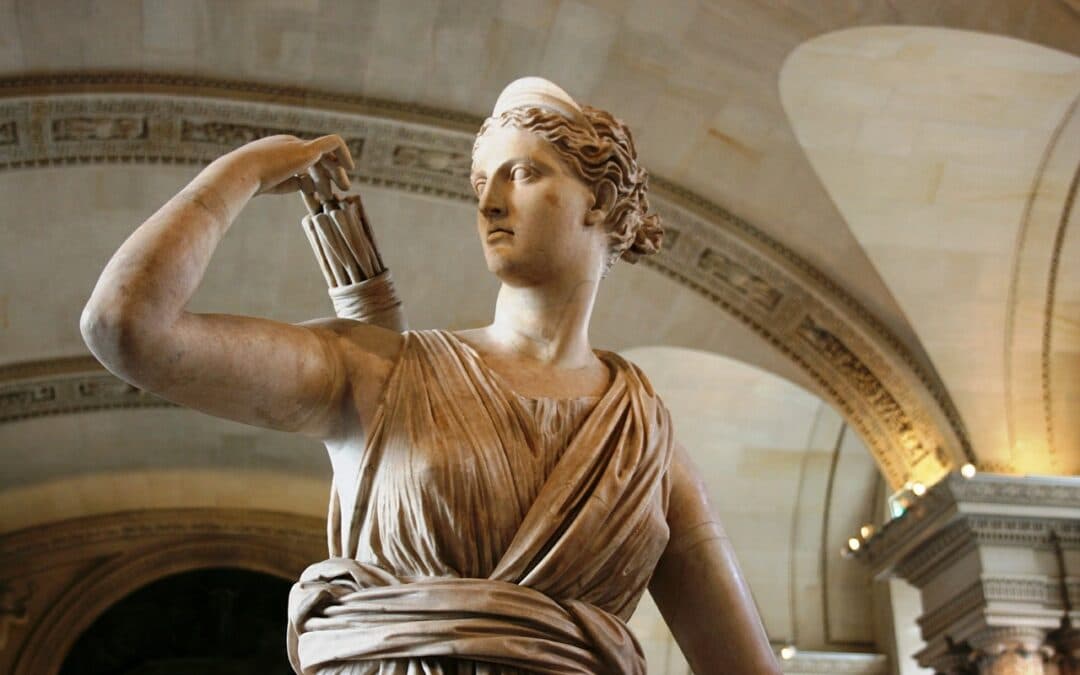 Greek goddesses had been as famous as their male counterparts. They grabbed some special powers and abilities to control Greek society.

They controlled important matters from religious rituals to climate changes in Greek history.

If you want to know about the top 10 Greek goddesses, stick to this article.

Athena is a Greek goddess that represents wisdom and reason. She was a lovely and dearest child of King Zeus. She was equally famous among gods and mortals.

She always stood for righteousness and justice. She is the goddess of handicraft and wisdom.

She was not a war-monger like others and only took part in the wars fought in self-defense.

Hera is known as the goddess of childbirth and marriage. She was the most gorgeous among all goddesses. She ruled upon skies as she was the wife of the most powerful god “Zeus.” On the other side, she was famous as a “marriage protector.”

Artemis is the most admired and honored goddess in Greek Mythology. She is famous as the goddess of virginity and the moon. In Greek mythology, she acted like a protector or guardian to save young girls until marriage.

No list of top 10 Greek goddesses is complete with Demeter. She is famous as a goddess of grain and harvest. She has the power to give rich harvest to her followers. In Greek mythology, she had a high status between goddesses. She was the daughter of a prominent titan (Rhea and Kronos). Further, Demeter lived a significant part of her life with her devotees.

In Greek myths, the goddess Aphrodite symbolizes sex, beauty, and romance. Among the Romans, she was knowns as Venus. But in some stories, she is also portrayed as “the doom of men” and “the dark one.”

Rhea gave birth to the primary generation of Olympian gods. Therefore, she is known as the mother of gods. She is also known for her fertility as she was the mother of 6 powerful gods of Greek history.

Leto is Titan goddess. She is a much-respected goddess in Greek mythology because she was the mother of Apollo and Artemis and gained honor as the mother of 2 powerful gods.

Nemesis was the goddess of judgment and revenge. She used to punish humans who had gone arrogant and blasphemous. She is also known for her anger, in addition to her infallible justice.

Hebe goddess is the personification of everlasting beauty and youth. She represents Greek society as a symbol of youth. As we know that she was the younger daughter of Zeus, she had powers of everlasting charm and youth.

Hestia is a powerful symbol for domestic life. All the blessing, peace and happiness in domestic life were attributed to this goddess. She was the symbol of peace and relaxation of domestic Greek life.

So these were the top 10 Greek goddesses in the Greek mythology. What do you think was the most powerful, you can tell us in the comments.

For more such stuff visit our homepage.